16 October 2017Reunited via Strictly: Jonnie Peacock and the surgeon who amputated his right leg 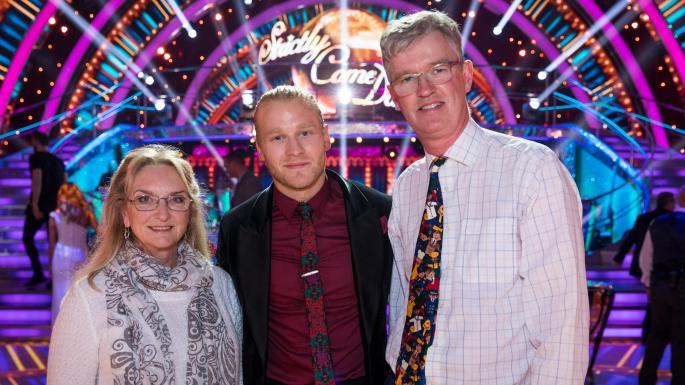 On Saturday night, Jonnie Peacock stood on the balcony overlooking the audience for the BBC’s Strictly Come Dancing. The double Paralympic gold medal-winner was nervous about delivering his American Smooth routine and then he spotted the man who performed the amputation of his right leg 19 years ago. It is a moment of perspective that will be hard for anyone on the show to beat.

A few hours later, Peacock turned to Per Hall, the surgeon who helped to save his life, to express his gratitude.

“I was sat up there tonight,” Peacock says, “and I was really nervous about the dance and I saw you and thought, ‘I might not have been here, so just enjoy it.’ There are situations where people didn’t make it and people like you made it happen for me. You guys saved my life; all of this is a bonus.” 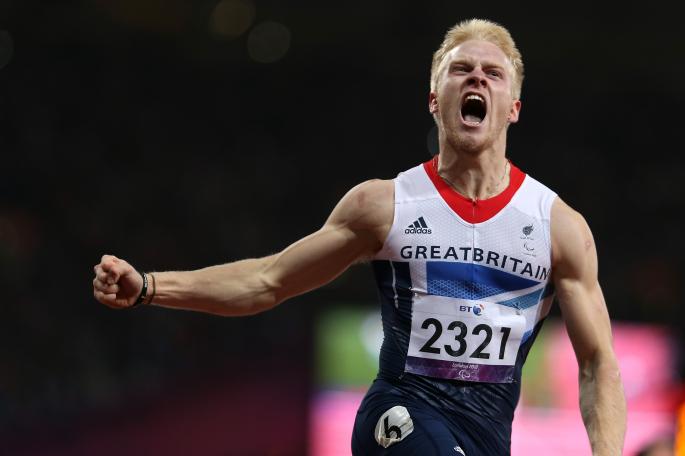 Hall was determined to be in the audience. He had wept when he watched on TV as Peacock won gold in the T44 100m at the 2012 Paralympics, but had also been angry with himself for not buying tickets to be inside the Olympic Stadium. When Peacock, 24, appeared on Strictly for the first time a month ago, Hall shed a tear again but this time he turned to his son-in-law and told him to get him on to the show.

Each contestant is allocated just two seats each week for friends or family and, once contact had been made, Peacock immediately made his available for his surgeon and his wife. Hall sensibly packed double-strength kitchen roll in case he cried again but had so much fun that he stopped short of sentimentality.

“We had ringside seats and you gave me a special mention on air, I am very, very chuffed,” Hall says.

Not content with having saved Peacock’s life, Hall reflects on how the Strictly judges had told the sprinter that he needed to add some acting skills to his repertoire and decides that perhaps his daughter, an actress, can find someone to help out with acting lessons.

Then comes the tough part. Hall has been reading his notes from the time that Peacock first arrived at Addenbrooke’s Hospital in Cambridge. It is a harrowing and inspirational story of a five-year-old boy who went to bed with a sore throat and was, early the following morning, thanks to an alert GP who knew to act quickly upon the child developing a distinctive purple rash, in a hospital bed under the care of Rob Ross Russell.

“Patients with meningococcal septicaemia are the sickest and most dramatically ill patients that I’ve ever looked after in intensive care,” Ross Russell told me. “We were seeing around 30 of these cases a year in intensive care before the vaccine was developed. I have terrible recollections of 15-year-olds who were fit and healthy at 9am and were dead by 12. It is a disease of fantastic ferocity and speed.”

Hall and Ross Russell were keen, though, to reminisce about Peacock. It is more usual for them to keep in touch with the families of the children who died rather than the ones they saved who prefer to forget about the trauma. Peacock’s rise to fame means a great deal to all the staff, including Andi Jordan, a young nurse. 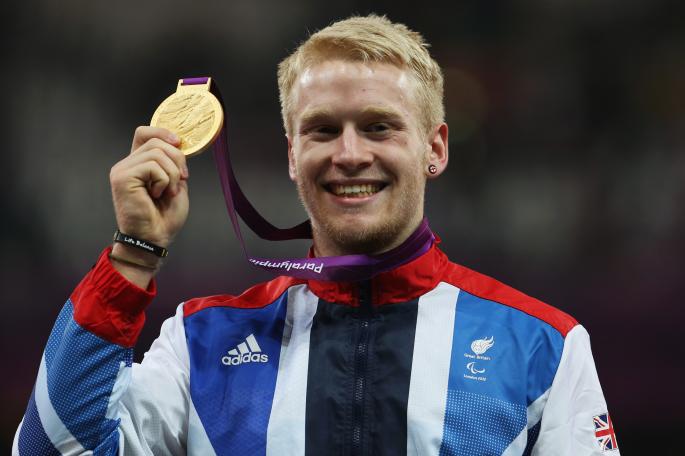 “Jonnie’s foot wasn’t doing well,” Ross Russell explained, “and his toe fell off into her hand and she didn’t quite know what to do, she was a young trainee nurse at the time. But she loves telling people about it now.”

Hall, Ross Russell and the nursing staff between them maintained a delicate balancing act as Peacock’s heart struggled to supply blood to his limbs, his body directing all the blood to his brain. His right foot turned black but Hall bided his time, hoping for some recovery while acutely aware that a below-the-knee amputation would allow for a more active life afterwards. The amputation took place on November 4, 1998, as they became concerned about multi-organ failure.

This, on Saturday night, after his highest Strictly score so far, with fans tapping him on the shoulder to ask for autographs, is news to Peacock. Until this moment he had assumed his body had been busy protecting his heart and lungs but it was not able to. He listens, wide-eyed, as Hall describes the sludging of his blood vessels, how the toxins released were harming his vital organs.

“Really?” Peacock says. “I didn’t know the technical aspects of it.”

In the post-meningitis-rash nightmare, the details have been lost for Peacock’s family. He was on heart support for eight days and ventilated for ten. This lack of clarity is normal. Even Hall has no recollection of how he slumped to the floor to explain how seriously ill her son was to Linda, Peacock’s mother, but witnesses tell him that is precisely what he did before shifting back into a more composed frame of mind. “You are incredibly dispassionate [when operating],” he says. “It’s a clinical decision. Even though I am a father of three and can empathise, we kick into professional mode. I was really tidying it up, his leg, so it was something he could walk on one day. He survived. What he becomes in the future is not something you dwell on.”

That Peacock has won sprints and dances on a popular TV show is proof that the team did the best they could. “It reassures us we made the right decisions,” Hall says. “There he is and he has been able to reassure us that, ‘Well done Addenbrooke’s Hospital, you not only saved my life but I’m doing OK.’ We can think that was a job well done.”

“There is criticism of it but the NHS is really an amazing service,” Peacock says and he agrees on the spot, as his fellow competitors are busy greeting their families, to become an ambassador for Hall’s campaign for Addenbrooke’s to build a dedicated £150 million children’s ward. “Of course, 100 per cent, you guys saved my life,” Peacock says. 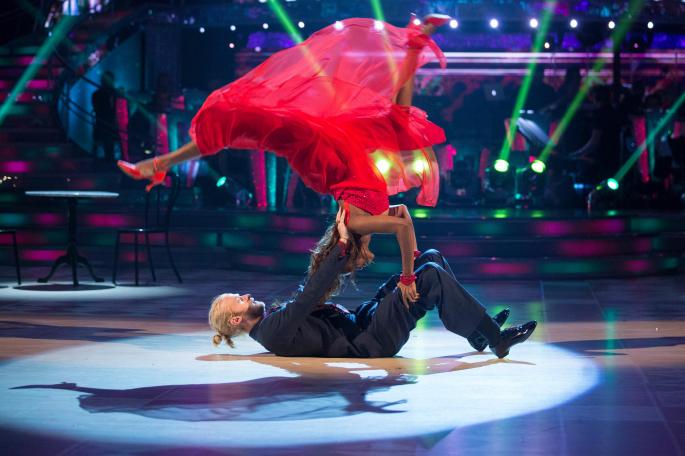 Two weeks after the amputation, Peacock was discharged from hospital and two years later was part of his school’s sports day after the headmaster introduced a hop race, so that his amputee pupil would not be sidelined.

Peacock duly tucked his artificial limb under his arm and won the race by some distance. Everyone cried.

“I remember from the start that Jonnie and his mum’s attitude was quite extraordinary,” Ross Russell says. “His big thing back then was football, he was never ever going to feel sorry for himself, he was going to get back to playing.”

Peacock remained under Hall’s care until 2011 when it became clear that Peacock was putting his stump under incredible pressure and he needed to see medics who specialised in prosthetics for sport.

“You needed your prosthesis to fit your stump rather than your stump to fit our prostheses,” Hall tells him. Peacock recalls how as soon as his mother would phone the hospital to relate how he had outgrown or worn out an artificial limb, Hall would make room for a swift appointment.

The hospital did not offer solely medical help. Sarah O’Driscoll, an intensive care nurse, was so moved by Peacock’s resilience that she asked her local choir, in 2011, to raise money for his Paralympic dream.

His speech, when they sang for him, made her weep. “To see him again on Strictly those emotions come flooding back,” she says, “and you think of those children you look after and the families along the way. It makes what you do worthwhile.”

Neither Hall nor Ross Russell is about to tell parents not to worry, that their child, upon losing a limb, could be a world champion sprinter or a reality TV star but Peacock offers hope that life can still be fulfilling and even thrilling after such trauma.

“If I had said to Linda, I’m going to cut your son’s leg off but don’t worry,” Hall says, “he’ll win a Paralympic gold medal and be on a famous dancing show yet to be invented they would have marched me off.”