Jonnie is being praised as 'inspirational'...

We have been completely LOVING Strictly Come Dancing this year, but there’s someone in particular who has really stood out for us…

And that is Paralympian Jonnie Peacock.

Not only is he totally gorgeous and definitely our new crush, but Jonnie has – rightly so – been widely reviewed as an incredible inspiration.

The runner, who has since achieved outstanding success, contracted meningitis when he was just 5-years-old and it resulted in the disease killing the tissues of his right leg, which was then amputated just below the knee.

Oh, as well as setting a whole heap of new world records.

And now Jonnie really has proved that he is capable of anything after continuously wowing Strictly viewers with a jumping Jive, a fierce Paso and rapid Quickstep – to name a few. 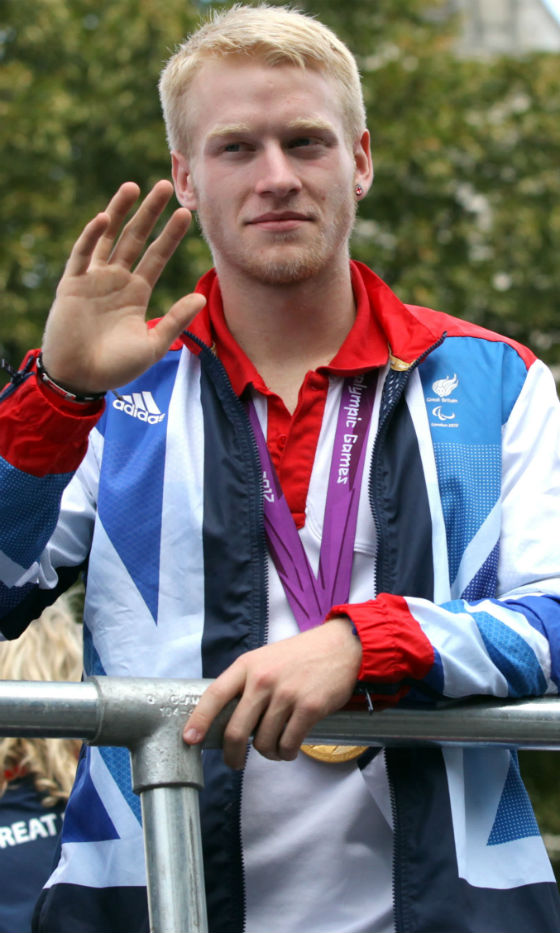 Comedian, presenter and close pal of the 100m sprinter Adam Hills – who was born without a right foot – took to Twitter to praise his friend: ‘I’ve never been prouder of anyone more than @jonniepeacock after that dance on #Strictly. Well done @otimabuse too. I’m actually in tears.’

‘One word – jonnie peacock is sensational #strictly,’ one impressed viewer wrote, while another admitting to falling for Jonnie: ‘OK, I’m gonna stop fighting it. It’s just impossible not to fall hard for the amazing, inspiring Jonnie Peacock #teamglitterblade #Strictly’

Jonnie – who won his first Paralympic gold aged just 18 in the 2012 London Olympics – has been very open in the past about how he lost his leg.

The Strictly star revealed that his family were told that they must amputate Jonnie’s leg to save his life, and he told the Guardian that his mum really struggled with what happened: ‘I think it affected her [his mum] far more than me… Of course I’m the one walking around with one leg but I have an okay life.’

He continued: ‘But it was very hard for her to be told I was probably going to die and that if I came back there could be lots of brain damage… Luckily, everything went well but she was in shock. After London 2012 my mum could finally let it all out. She knew I was going to be all right after all.’