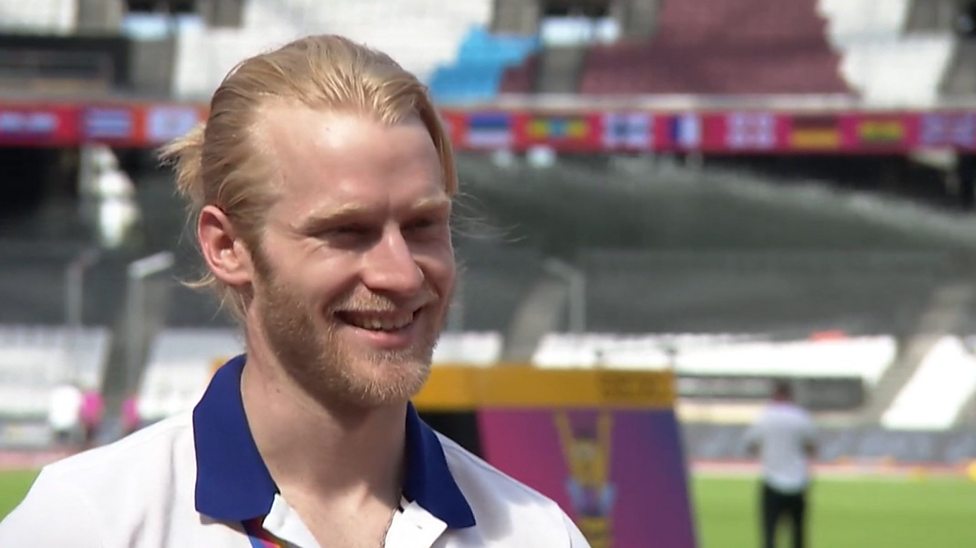 Three of the world’s best Para athletes took to the dancefloor this year, excelling in the English, German and Italian versions of Dancing with the Stars.

The trio highlighted to huge national TV audiences the outstanding abilities of Para athletes and this is why their achievements on the dancefloor come in at No. 26 in the International Paralympic Committee’s Top 50 Moments of 2017.

For Rio 2016 discus F11 silver medallist Tapia victory, together with dance partner Veera Kinnuenen, was the second time an Italian Para athlete had scooped the top prize. T44 sprinter Guisy Versace won the 2014 title yet, despite this, Tapia was shocked to land top spot.

“I really didn’t expect to get so far because it was a very difficult experience for me – I had to learn a lot of things,” said the 41-year-old who lost his eyesight six years ago. “My dancer told me verbally what to do, and I had to transform it in a practical way.

“It was a long and difficult process – especially mentally because I had to memorise every single step.”

In Germany, Popow made it to the last four before withdrawing due to injury. He admitted that while dancing was not physically demanding for him, learning new routines each week was mentally exhausting.

“Psychologically it was horrible because you train for one week, then you dance, and after the live show you have to forget everything you learned and start again. Every week you feel like a hamster in a wheel.

“On the other hand, all the progress you make after the first, second or third show - it makes you realise you are doing something you never expected to do. Especially as an amputee, you think you can’t dance.”

During his routines, Popow often wore his athletics prosthesis, a move that at first shocked viewers but one that ultimately helped to change perceptions towards disability.

“In the beginning people were like, ‘Should we see this?’ I even got some people on social media saying ‘Please cover up your prosthetic we don’t want to see it, that’s not how we see dancing,’” explained Popow who has won 16 Paralympic, world and European medals during a glittering career.

“Then when I came out with my emotions and the reason why I’m dancing, people understood that there is no rule that says you have to be like this or like that.”

Double Paralympic 100m T44 champion Peacock exceeded his own expectations by reaching the eighth week of Strictly Come Dancing. As the first person with an impairment to take part in the British show, Peacock wanted to increase awareness of disability to a wider audience.

“For me it’s opening that new door for people who haven’t perhaps seen the Paralympics and aren’t aware of what people with disabilities can do,” explained the 24-year-old who secured his second 100m T44 world title in July.

“I wanted to come on and break down perceptions – to try and prove some people wrong who might think that someone with one leg is not going to be able to pivot, or do a certain step. I want to go out and prove how well people can do things.”

Other Para athletes to have previously taken part in Dancing with the Stars around the world include US snowboarder Amy Purdy and Australian long jumper Kelly Cartwright.

The countdown of the IPC’s Top 50 Moments continues until 31 December.