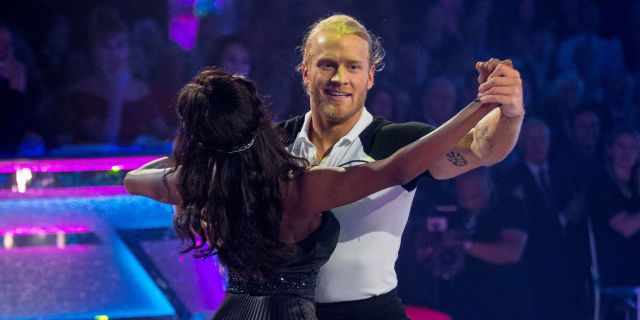 Speaking to comedian Adam Hills about his new DVD on the show today (December 10), talk turned around to Jonnie's brilliant turn on Strictly as Adam explained why his hair was dyed red white and blue during the recording.

In a nutshell, after Britain came out above Australia on the Paralympic medal table, Adam paid the price with his British-inspired hair, and he got all the names of the Paralympians written on his prosthetic leg.

Including Jonnie's. Or, in Adam's words, Simon's "nemesis".

"I love Jonnie," Simon responded. "[He's] one of the most inspiring people I think I've ever met."

And there was no arguments from Adam, who quickly launched into an adorable story explaining what makes Jonnie so great.

"He did the best thing ever," Adam explained. "After about the third episode of Strictly, he and Oti came around and had dinner with us, hung out with the girls and taught my daughters how to dance in the lounge room.

"And then the girls wouldn't go to bed until Jonnie Peacock tucked them in." 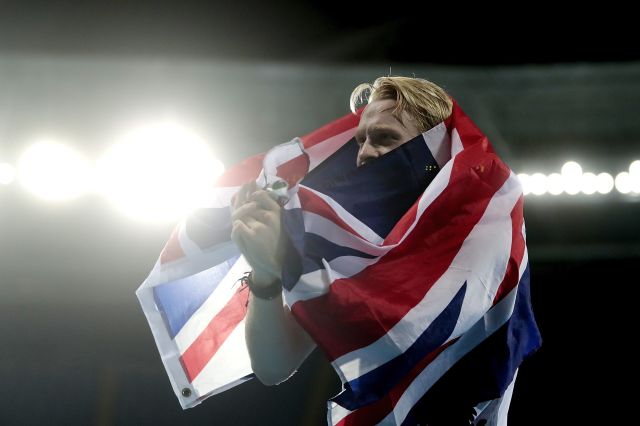 "I genuinely think of all the people that I met on Strictly, he has been inspiring – he's an inspiring human being," Simon responded.

"One, he was amazing – his dancing was just superb, and I think his exit speech was amazing, saying all he wanted was to be judged as everybody's equal, he didn't want any special treatment, which he didn't get. And that was class. He's a class act, Jonnie."

Adam added: "I think he really made a difference. He really did make a difference, and he held that responsibility on his shoulders really well."

While Jonnie has left a great impression on pretty much everyone, last night on Strictly it was Joe McFadden and Alexandra Burke who got people talking. But have they done enough to make it through to next week's final?

We'll find out when Strictly Come Dancing continues with its results show tonight at 7.15pm on BBC One.