Jonnie Peacock learns about his surprising heritage in Who Do You Think You Are? - including how one female relative was labelled a 'white slave' who turned to crime.

The double Paralympic and world champion sprinter is told how his paternal four-times great-grandmother Louisa Voss was part of a violent Victorian agricultural gang, which she joined to feed her four illegitimate children.

In the BBC documentary, which airs tonight, Jonnie, 25, is shown a record of Louisa's crimes, which included stealing food from her gang leader, as well as complaints of drinking, playing loud music and fornicating.

The gold medallist later discovers that Louisa, who lived in Cambridgeshire in the 1840s, took her former employer and suspected father of her son to court for maintenance, before she ended up in a workhouse with her children.

Jonnie is fascinated by his ancestor's colourful history, calling her a 'strong independent woman' and 'before her time'. 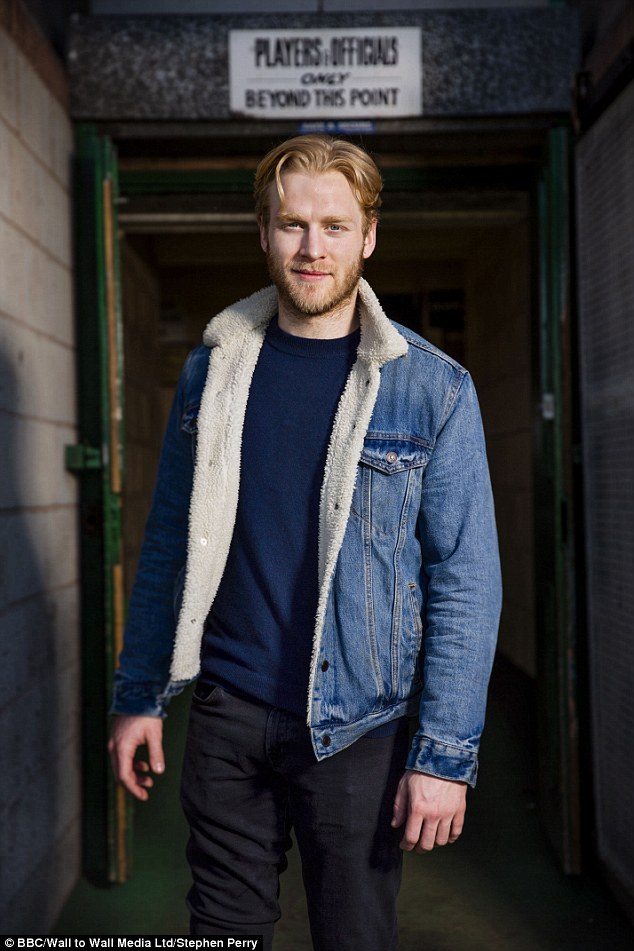 Paralympian Jonnie Peacock (pictured) delves into his family history in Who Do You Think You Are? He is told how his paternal four times great-grandmother Louisa Voss was part of a violent Victorian agricultural gang, which she joined to feed her four illegitimate children 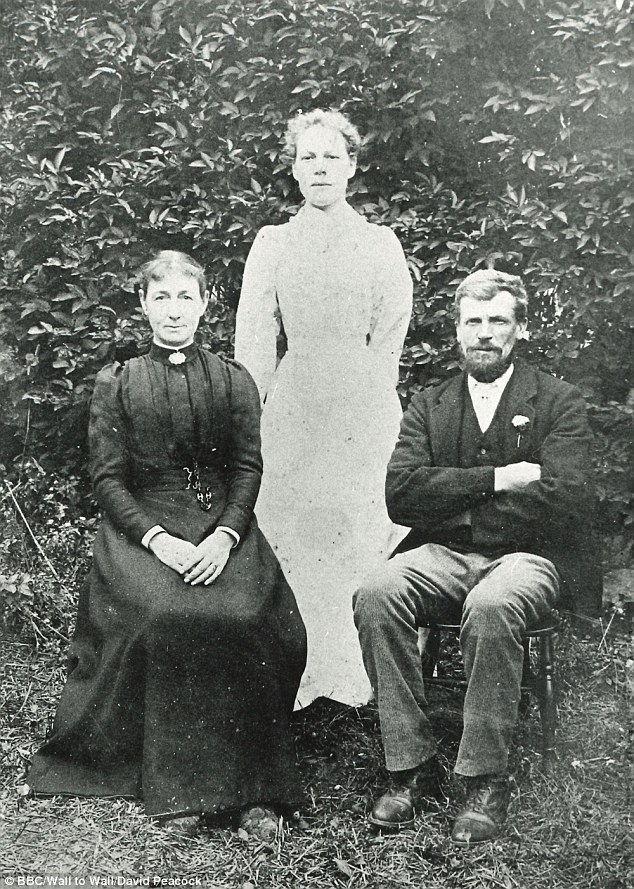 In the show, Jonnie visits his grandfather David who shows him pictures of his three times great-grandmother Millicent, who was unusually determined to keep her maiden name of Voss, even offering her children £100 per grandchild with the name.

He discovers that Millicent is one of four illegitimate children born to Louisa, who gave all of her offspring her name.

Jonnie reads a witness statement dated from 1841 that described the antics of Louisa and two other women, who were all dubbed the 'bad characters' of the village of Warboys.

Jonnie is amused by her behaviour, saying: 'OK, so she was just having a good time?… Well, that doesn't make you a bad person, does it?'

He travels to the village of Warboys and finds that Louisa was living and working in the local pub, which may have been a brothel at the time. 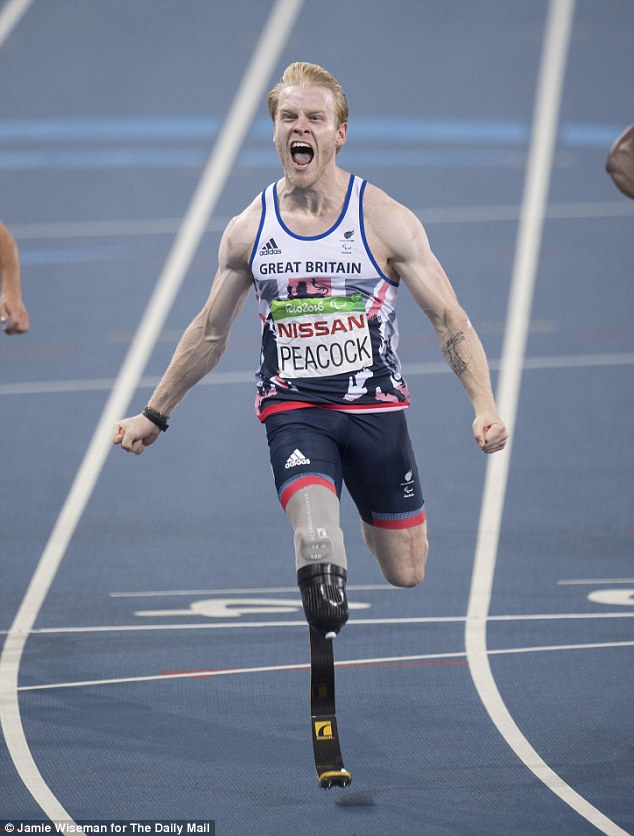 Jonnie learns that is four times great-grandmother Louisa was part of a violent Victorian agricultural gang to feed her children in Who Do You Think You Are? Pictured: Jonnie crosses the line to take gold in the men's 100m T44 final in 2016 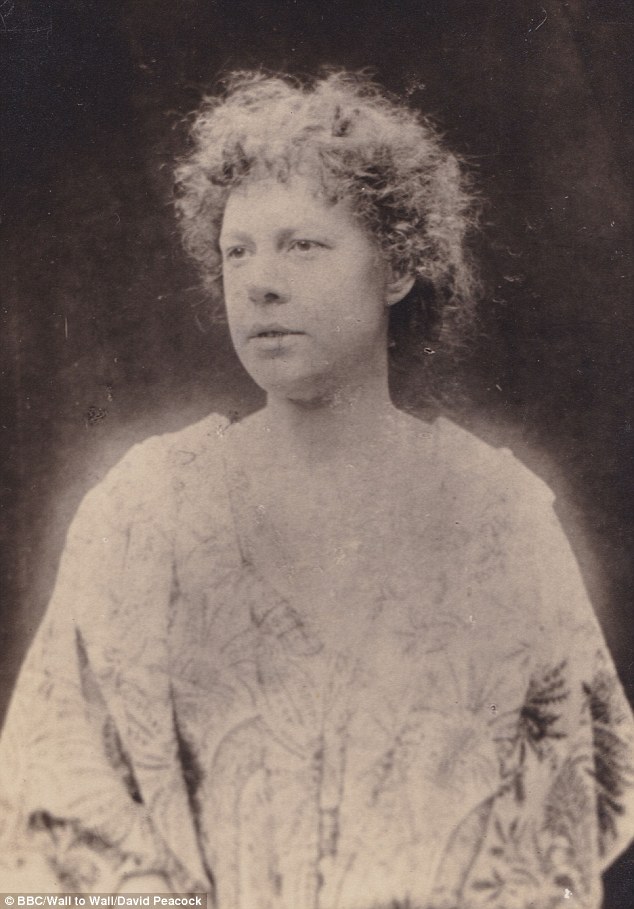 Jonnie is shown a record of Louisa Voss's crimes, which included stealing food from her gang leader, as well as complaints of drinking, playing loud music and fornicating. Pictured: Louisa Pope, Jonnie's great-great-grandmother who was named after Louisa Voss

Though there is no record of it, it's possible she may have occasionally turned to prostitution to scrape a living as she would have struggled to get more respectable work because of her 'bad character'.

It was then she started working in an agricultural gang, which often made headlines in the local newspapers of the age for their disruptive activity.

Women and children were both involved in the gangs and worked under the supervision of the master known as a 'ganger', who often brutalised those under his watch, so much so that they became known as 'white slaves'.

One crime on Louisa's record was for stealing the equivalent of three bags of potatoes from her ganger, for which she was fined ten shillings - about 20 per cent of her annual income.

Jonnie then discovers Louisa petitioned to receive maintenance from her former boss, George Fearey, who is suspected to be the father to her son, also called George.

In the court case Fearey seems to have intimidated the witness, who was another woman in the gang set to appear in court on Louisa's behalf and so maintenance was not granted.

Jonnie later learns that Louisa and her children lived in a workhouse from December 1853 to February 1854.

Though Victorian workhouses have fearsome reputations, workhouse expert Peter Higgingbottom tells Jonnie the shelter, meals and bed it provided were likely a welcome change from the conditions she had suffered as part of the gang.

She was in court once again following the birth of her son Samuel, accusing the child's father of assault. 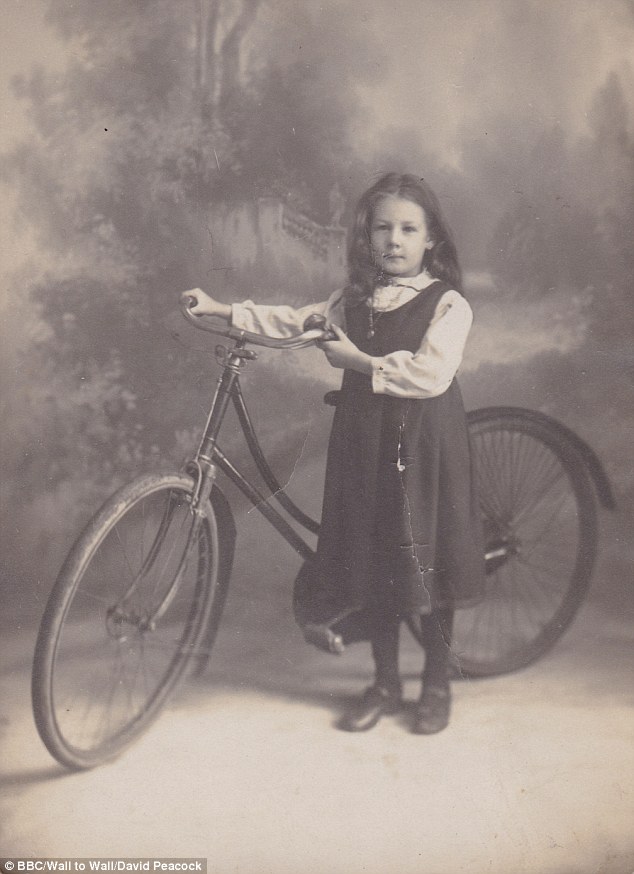 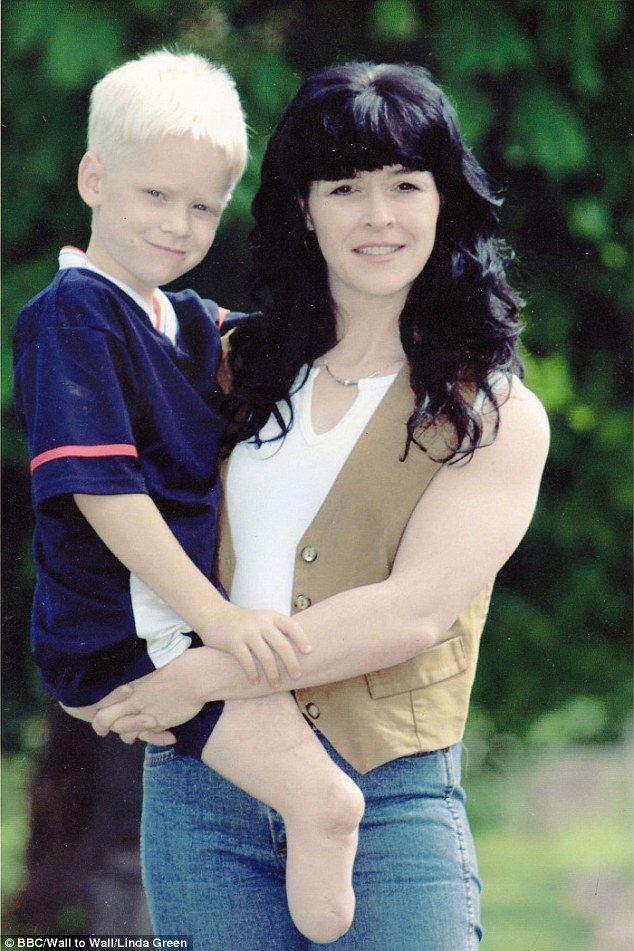 Jonnie contracted meningitis aged five leading to the amputation of one leg below the knee. Pictured with his mother Linda Green in the 1990s

Jonnie is impressed by Louisa's determination to survive and her bravery in taking two dangerous men to court.

He says: 'For me it shows that Louisa is clearly quite a strong, independent woman.

Determined to find out more, Jonnie looks into what became of Louisa after the workhouse and finds she lived with her daughter Millicent and her husband John Pope.

On Millicent's wedding certificate she listed herself as illegitimate, which is unusual for women of the time, who would often make up names when they couldn't list one for their father. 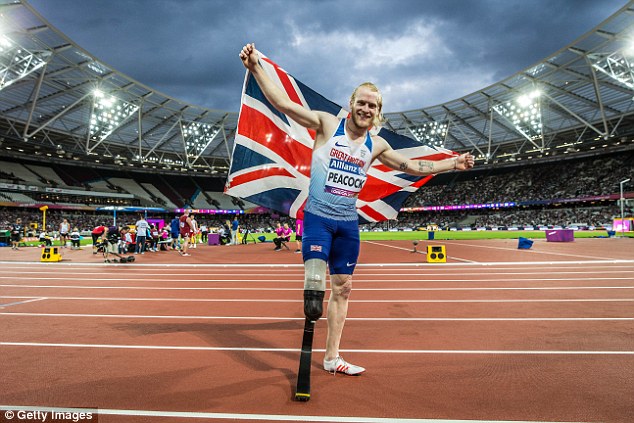 Jonnie is fascinated by Louisa's story, calling his ancestor - who had four illegitimate children 'before her time'. Pictured: Jonnie crosses the line to take gold in the men's 100m T44 final 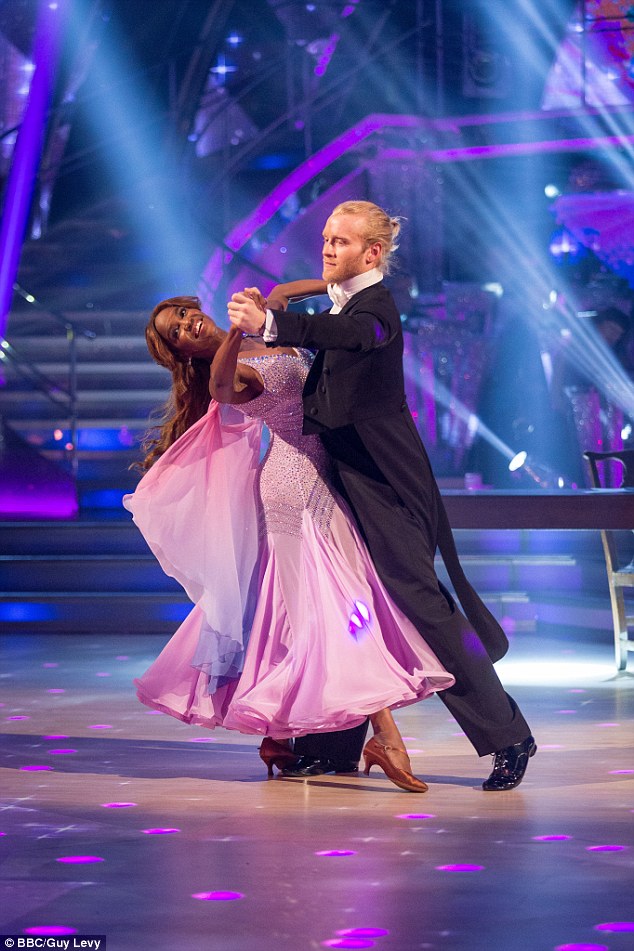 Jonnie appeared on Who Do You Think You Are? because he wanted to learn more about his father's side of the family. Pictured: Jonnie on Strictly Come Dancing with dance partner Oti Mabuse last year

Jonnie says: 'I guess that really speaks about how she was brought up and how she was raised. She clearly respected her mother a lot.'

Louisa lived with her daughter and son-in-law in Boston, Lancashire, until she died of breast cancer at the age of 64 in 1885.

Jonnie adds: 'When I first learned about Louisa having four illegitimate children you just think she's just a young woman who's just a bit wild. Then you learn more about her and you learn that she lived a really tough life and she wasn't afraid of getting in men's faces.

'And back in the 1850s, you know, standing up to men was no mean feat. She was before her time really.'

Who Do You Think You Are? airs Mondays at 9pm on BBC One.