Eamonn Holmes may have left wife Ruth Langsford a tad miffed on Wednesday morning after he THANKED athlete Jonnie Peacock for sending her home on Strictly Come Dancing! 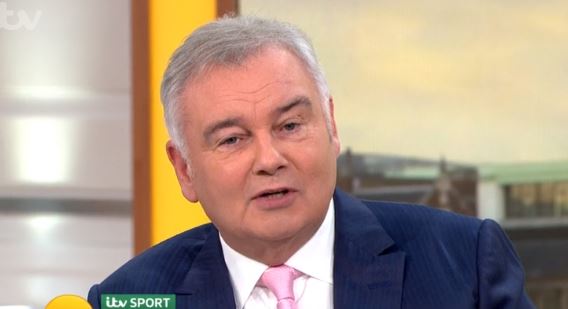 Ruth ended up in the dance-off against Paralympic Champion Jonnie on last year's show and the judges ultimately chose to keep Jonnie in the programme and send Ruth home.

Gutting for Ruth but great news for Eamonn!

Eamonn was covering for Piers Morgan on Good Morning Britain when Jonnie came on as a guest to chat about his new project, the Superhero Tri event.

And, Eamonn being Eamonn, he couldn't resist making a cheeky joke! 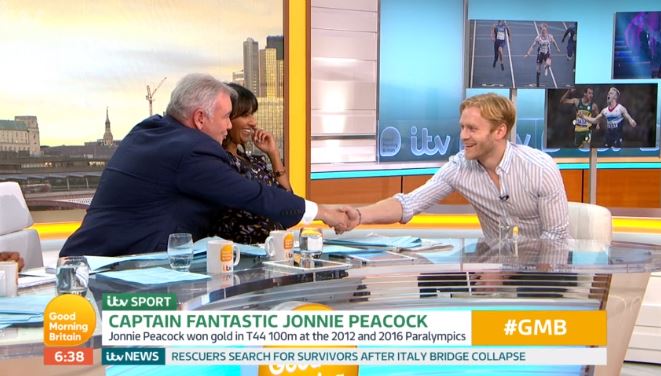 Eamonn shook Jonnie's hand and quipped: "Could I just say... I'm pretty sure you put her out on the dance off. My friend, she remembers this as a wonderful journey, I just remember it was torture week after week.

"And when it came to an end, a sanitised end, I just thought, 'That's my boy, well done!'"

Jonnie laughed: "Oh, don't! Strictly is cutthroat sometimes! You're just focused on yourself and trying to dance." 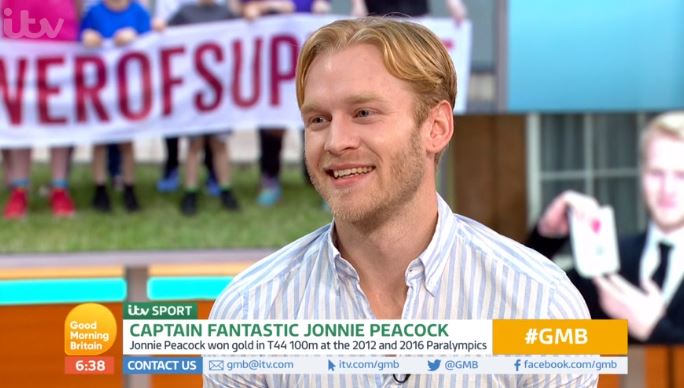 Eamonn added: "I was so happy when she came out and she was so sad! Even now today she talks about it. She's a bit jealous new people are being announced with [her professional dance partner] Anton du Beke."

He also jokingly called Ruth "useless" on the show.

Jonnie, meanwhile, reflected on his journey on the show, saying he was pleased to be able to inspire others who may have a disability and also show it hasn't held him back. 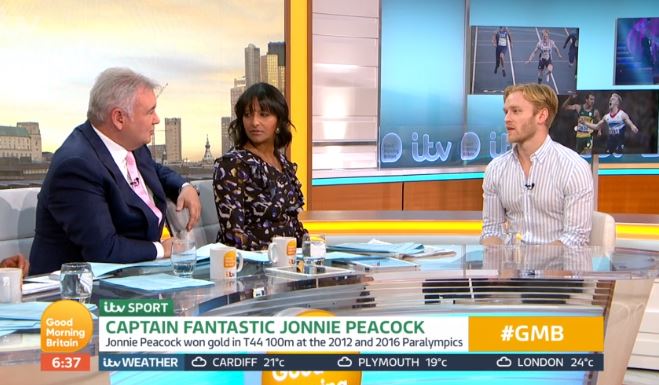 He had his right leg amputated below the knee after battling meningitis when he was five.

He said: "What I really wanted to achieve myself was having the blade out one week, like in the jive, and making it kind of look cool and have kids look at it and give them a bit of confidence in that, but on the flipside come back in a pair of trousers and perhaps have somebody who doesn't know me not know straightaway I have a disability."

Jonnie will be at the Superhero Tri at Dorney Lake, Windsor on August 18. It's part of the Superhero Series, the UK's only disability sports series. Find out more about the event here.